10 Signs She’s Totally The Wrong Woman For You!


Romantic relationships can be wonderful with the right person; however, a relationship with the wrong individual can lead to years of heartache, emotional damage and even physical damage. If you’re wondering if your girlfriend is really the one you should be with, here are 10 signs that will definitely help you decipher if you're possibly dating the wrong woman.

1. She doesn’t show affection::: If you’re in a situation where your woman just sits there and does nothing when you attempt to touch her and caress her or you’re always the one who initiates the hand holding or hugs first, something is definitely wrong. Dating is all about give and take and relationships are a constant compromise, BUT you shouldn’t always have to be the one to initiate everything and generally, being able to show affection should come naturally and not be a forced thing for a person. 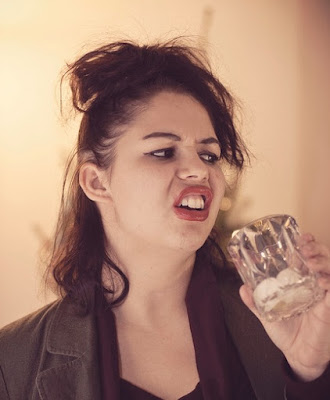 2. She is reluctant to make future plans with you:: You try to arrange vacation plans, but are met with a hesitant response. She is not willing to do anything that would require lasting commitment. She stops planning to go to events together a few weeks in advance… the list is endless. These are all signs that she doesn’t plan on being with you in the future.

3. She destroys your self-confidence::: She repeatedly puts you down, constantly corrects your slight mistakes, making you feel “on guard”, unintelligent, and leaving you with the feeling that you are always doing something wrong.

4. She discounts your feelings::: She tells you that your feelings and opinions don’t make sense, they’re silly, and that you are emotionally disturbed to even think of such things. Women who behave like this often become extremely hostile toward criticism and often react with anger or even rage when their behavior is questioned.

5. She displays psychotic behaviors:: She displays behaviors such as constant temper tantrums, snooping and emotional blackmail. Women like this carry a tremendous amount of emotional baggage and will do things that are completely crazy, lacking rational thought and take actions with no thought about consequences.

6. She uses sex as a weapon::: Some women tend to use sex as a way to coerce their men into getting their way. If they want something to happen then they know that this would be the perfect opportunity to get their man to do it. They figure that if the guy wants it bad enough then he will do exactly what it is they want, and if he doesn’t, they threaten or punish him by depriving him of his sexual needs. Women who display this behavior only give men an excuse to look for alternative sources.

7. She is not trustworthy:: She’s dishonest with you and you’re constantly catching her telling you lies and withholding information from you to keep you at a disadvantage.

8. She cuts you off from loved ones:: When it’s time to spend quality time with your family, she suddenly becomes sick, stuck in traffic or experiences something major at work. She resents your family for taking up your time and even forbids you from associating with them at all.

9. She’s too insecure:: She secretly checks your email, internet history and your cell phone. She feels threatened when you discuss your previous relationships, hates the idea of meeting your female friends and constantly attempts to trap you with questions like, “Do you think I’m pretty?” and gets upset no matter what you answer.

10. She’s too controlling:: “>She tells you when you can go out, when you can invite the guys over to watch the game and will even call you 10-15 times per day to keep track on what you're doing, who you’re with and where you’re going next with each call and you allow these controlling behaviors to “keep the peace” in the relationship.
2:34 PM
Dating, Relationship